When I think of what is special about the Barents region the first thing that comes to my mind is the beautiful landscape and nature. The large Barents region is geographically united with variety of landscapes from mountains to forests. Such beauty and uniqueness of the Barents region could be highlighted more in terms of what does the European Arctic look like. The other point is snow and people with strong snow identity. Unfortunately – due to climate change - the moment when you start losing something is the moment when you start feeling the real value of it. I was born, spent my childhood and got my education in the city of Oulu. I am thankful to Oulu for all the biking possibilities around the year and the bike-friendly culture, that shaped my lifestyle and physical condition.

I was involved in the Barents Cooperation more or less during whole of my career starting in the end of 1990s. I was studying in Petrozavodsk in 1996, when I heard on the news that the BEAC Foreign Ministers had a meeting there. It was an inspiring moment. My first Barents meeting as a representative of the Finnish Environment Institute was in Tromsoe in 1998 when the Habitat Contact Forum was established. It was the first big gathering for the people working with nature conservation. Then, a bit later I was given a position at the Ministry of the Environment and since then worked among other things with the Barents Cooperation.

In the environmental sector the Barents Cooperation strengthened the network of long-term nature conservation cooperation. This cooperation proceeds one step at a time but has led to significant results. When I look 25 years back, there was a strong bilateral cooperation established between each Nordic country and Russia on nature conservation and species protection. The Barents Cooperation made a significant contribution to it and completed this bilateral work. It has given more tools and channels for civil servants and experts to cooperate. Nature doesn’t recognize state borders, so it is important that these people have the possibility to work together across the borders.

Another issue is the Barents Environmental Hot Spots. There are many hot spots, i.e., most polluting sites, that improved their environmental performance significantly and many of them were excluded from that list. It brought direct benefit to the people in terms of their health and the improvement of their living conditions. The air quality is better, and in some places, nature is recovering after the pollution. The role of the Barents Cooperation here was to enable the experts to find and share solutions together.

Region of peace and stability

I believe that we still need Barents Cooperation for the same reasons, why it was originally established – to enable and encourage people to cooperate and to meet each other across the borders and to solve common issues together. I hope that in 20 years the overall picture is more or less the same and the Barents will continue to be the region of peace and stability with strong people-to-people connections across the borders.

I was also working with the Arctic Council during the last years. I think the Barents Euro-Arctic Council has its own role and value with unique direct involvement on the reginal level while the Arctic Council is more about cooperation between the capitals. We constantly have to look for opportunities to finance different projects from external sources. Still there are geographical limitations and some rules in such funding to cover all the region. The Barents Cooperation has its own logic and specific features and deserves to have its own financial mechanism.

The main challenges for the Barents Cooperation are long distances and other obstacles for peoples to come to the meetings. In Finland we say that it takes longer to go from Helsinki to Murmansk than from Helsinki to Delhi. It has been an issue for us when arranging meetings. Now during the pandemic people quickly learned how to meet online, to communicate using different tools and continue cooperation. It cannot compensate the loss of not having physical meetings, but there are now more people, who have the possibility to participate in the meetings online. So now we can unite even more people with virtual tools.

Transition to carbon-neutral and smart-climate solutions

Our chairmanship has had three thematic priorities: carbon-neutral circular economy, biodiversity protection and climate change. We are working especially on nature-based solutions and circular economy, which are nowadays very popular terms in the environmental agenda. These are the tools to tackle the climate change and biodiversity loss when we promote resource efficiency, bringing social benefits. So, sharing solutions and lessons learned in the Barents Cooperation is very important.

Another issue is the Update of the Action Plan for the Barents Cooperation, that we are doing now. It is the task for the whole Barents Euro-Arctic Council. I am happy to recognize that there has been a lot of cross-sectoral dialogue between the Working Groups now around this issue. We plan to get the Action Plan ready and finalized by October to be adopted by the Ministers. The key question here is how the Barents Euro-Arctic Council can support the regions and the municipalities in their work in transition to carbon-neutral and smart-climate solutions. The adaptation question is also important in the North where the climate change is more rapid than globally.

In spring 2021 we decided to launch the Barents Biodiversity Initiative to support the UN Convention on Biological Diversity and that this initiative is focused on freshwaters. There is a lot of cooperation on freshwaters and transboundary rivers in the Barents region. We would like to bring more attention to recognizing the importance of freshwaters and landscapes. We have a wealth of expertise in freshwater ecosystems protection, including restoration of the rivers. There are many projects focusing on local lakes and rivers. With this initiative we wanted to bring these great actions together and let them be better know also outside the Barents region. Such regional and local projects have great importance also on more general scale. So, we hope that those actors will bring their local actions as part of voluntary commitments to support the UN Convention on Biological Diversity, which will bring more attention and understanding of the Barents region also globally. 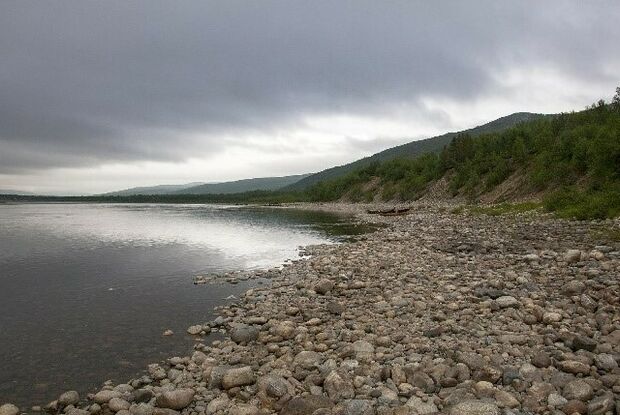